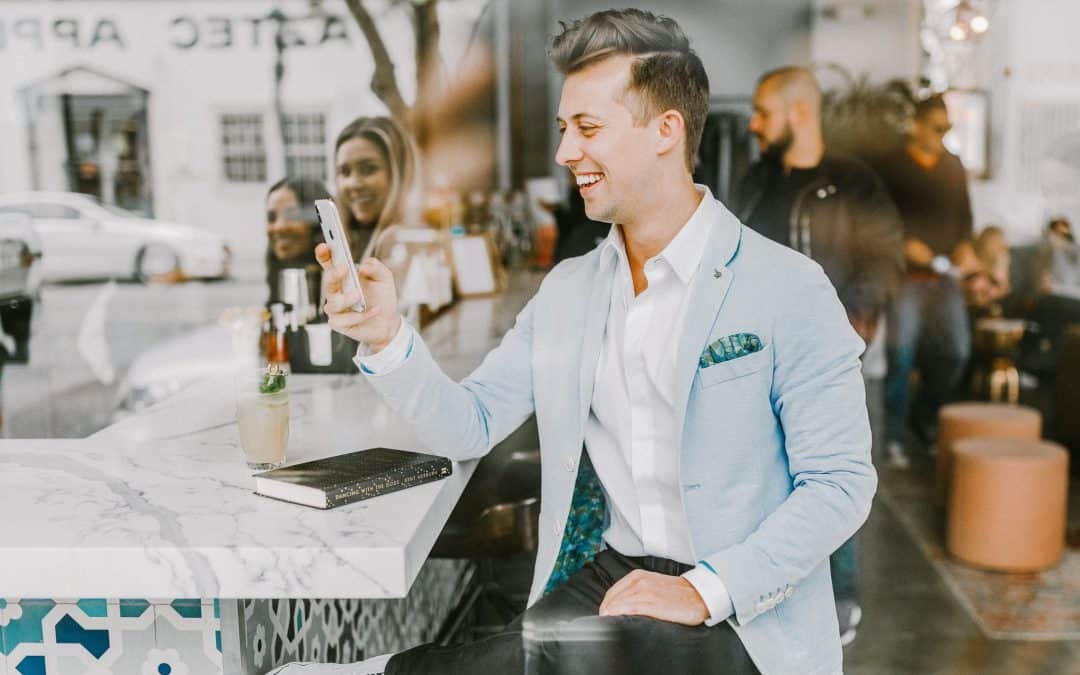 One of the most powerful new breakthroughs in marketing and advertising is geofencing.

This is different from geotargeting.

Geofencing is a powerful way to target a specific audience’s mobile IDs like never before.

And in the campaigns that we have been doing, the results have been incredibly successful.

Geofencing can be broken down into four parts…

1. Pick a particular location that your prospects have been to.
2. Identify the mobile IDs of those in that location.
3. Deploy digital ads and videos to those individuals.
4. Enjoy a great new stream of leads and sales.

But What’s the Difference Between Geofencing and Geotargeting?

They sound like the same thing, but they’re actually different enough to have a massive impact on response rates.

With geofencing, you are identifying one or more locations and creating a database of hot prospects. For example, you can pull the mobile ID of anyone who has gone into a Nordstrom, Petco, Whole Foods, or concert in the last three months… six months… or a year. And then deploy digital marketing ads to them.

Geotargeting is simply marketing in a particular geographic area or to people who have entered into a set retail store.

Geofencing, by contrast, is targeting a particular group of people over a period of time and using their mobile IDs in one or multiple locations.

The Winning Formula – an example:

Recently, we helped a candidate in a crowded primary race run a powerful marketing campaign with breakthrough success and without breaking the bank.

He was running against candidates each spending millions of dollars… and against the establishment candidate. He didn’t have millions to spend on his campaign, and he had no name recognition either.

So, we used geofencing as part of a winning formula.

We “fenced” 74 different Evangelical churches in the candidate’s congressional district and gathered 94,000 mobile IDs for people who had attended any one of those churches in the prior six months. We then sent them video, Facebook and Google ads.

The campaign’s goal was to get petition signers to build a marketing database for voter ID, registration and GOTV (get out to vote). With our geofencing strategy, we were able to get more than 10,000 signatures.

Besides gathering high-impact databased for identifying supporters, it also handed us…

All for under $50,000… and helping the candidate beat his well-financed opponents with name ID.

Geofencing has many opportunities for marketers.

For example, if you’re marketing country music or country music concerts, you can geofence one or more county music concerts that have taken place in the last few months or year, pull out the list of people who attended these, and using their mobile IDs, market your products to them.

• We have worked on a program where we’ve identified people who went to a
high-end mountain resort and stayed at a hotel or visited the resort’s town. We
marketed high-end real estate in that resort area to these targeted people.
• You can take a retail store like Whole Foods across the U.S., identify the mobile
ID of anyone who has been to that store in the last six months… and we are now
looking to market CBD oil to them.
• We are taking people who have gone to investment conferences all over the U.S. to market investment products.

In short, geofencing is a particularly powerful tool to use for any marketing and advertising campaign, B2B or DTC.

If you’re not already using geofencing in your direct response marketing campaigns, call me at 615-814-6633 or email at craig@cdmginc.com. Let’s show you what it can do for your response rates.