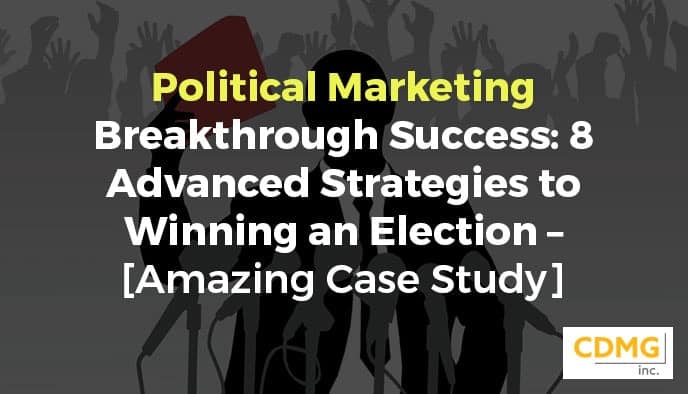 Today’s political marketing is in some ways more advanced than consumer and B2B marketing.

In the last presidential election, Hillary had $1.4 billion. Trump had $957.6 million. Trump should have lost.

But President Trump won in 2016 largely because he marketed smart, with a targeted audience, database and advanced marketing/advertising – an integrated, multichannel campaign.

Much has changed since 2016 – including the development of more sophisticated strategies.

That’s also why pro-Socialist candidates did so well in the midterm elections in 2018….because they used the most advanced marketing strategies and database marketing to wipe out their opposition.

What was the magic marketing touch? Let me give you an example.

I helped a pro-free enterprise candidate run a powerful marketing campaign with breakthrough success in 2018…nearly winning with less than $100,000.

He was running against candidates each spending $1-2 million and against the Republican establishment…and he had no name recognition.

Here are the 8 key strategies used for Phil Liberatore on his congressional run to almost achieve the impossible.

The foundation of the campaign was the landing page.

First, prospective voters for the candidate Phil Liberatore were brought to a landing page to sign a powerful petition.

The petition focused on the horrific, so-called “Ban the Bible” bill in California (AB 2943)…gaining support from Phil’s target voter base of pro-freedom, pro-religious liberty voters. 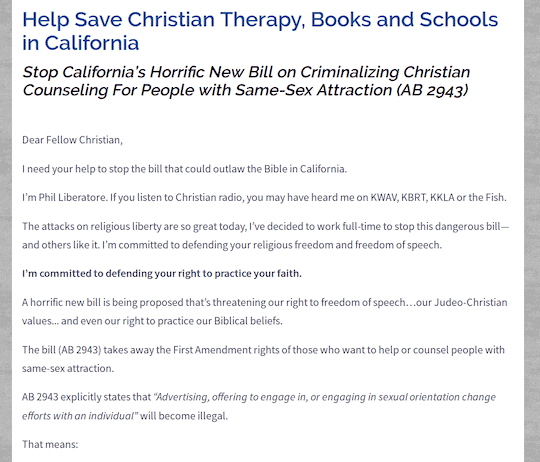 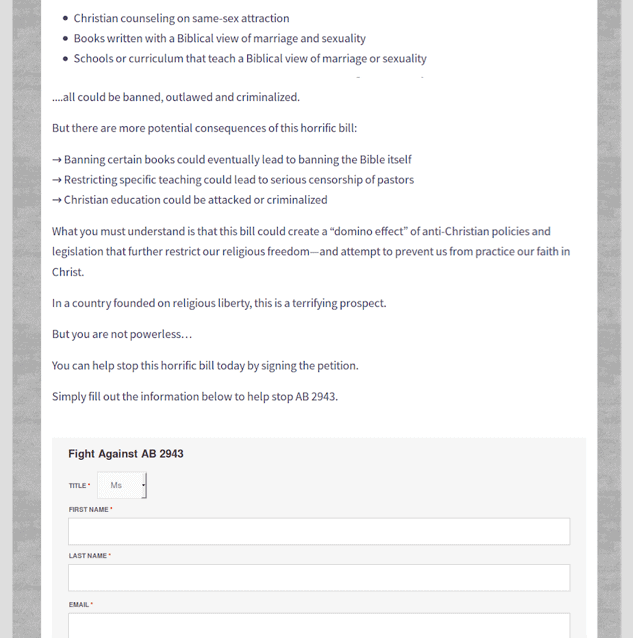 This petition served as the core of database building.

The database became the key to success.

For example, Democrat candidate Tom Steyer running for President has built a database of 8.2 million petition signers that want to impeach President Trump.

He found about 40% were not registered to vote – and he helped them register. He found some would donate or volunteer. It’s his secret weapon.

We used a similar strategy for Phil Liberatore’s campaign, by selecting a hot topic that was relevant to voters, driving people to sign the petition and then collecting their names and information to raise up volunteers, donors and most importantly, voters.

Potential voters for Phil’s campaign were driven to this petition page through a Facebook advertising campaign that featured a powerful video with recognizable names of Conservative Christians – Greg Laurie of Harvest Crusade, Pastor Matthew Barnett of the Dream Center and others. For example, Brad Dacus, President of Pacific Justice Institute spoke from his own personal viewpoint about Phil.

Brad explained the shocking reality behind the “Ban the Bible” bill…and personally endorsed Phil as a candidate who would work hard to protect religious freedom. 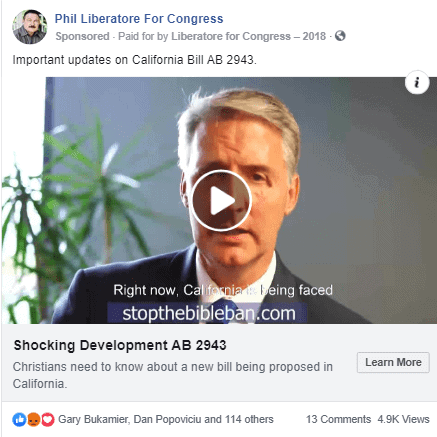 I also sent a series of targeted emails to the petition signers with the videos of his well-known supporters and Phil Liberatore himself.

The emails were from Phil himself, and explained his commitment to protect freedom, the family and other values of concern to the targeted voters. 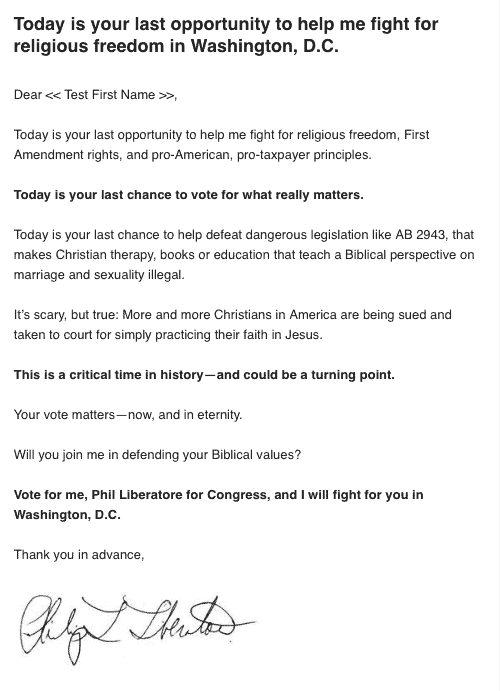 Geofencing is a radical new marketing strategy that allows you to strategically target prospects and gather their mobile ID’s based on their physical location.

We spent $21,000 on geofencing – and got extraordinary results.

Text messaging used right can be powerful. Recipients see the messages immediately on their phone, and are more likely to respond.

Hi, it’s Phil. Today, vote to defend religious freedom and to stop dangerous bills like AB 2943. Vote for me for Congress, Phil Liberatore.

Using this strategy, voters were given a final reminder to vote for a candidate who would protect their freedoms and their rights.

All the data and relationship building was then tied to Get Out the Vote – GOTV – to bring people to the polls or send in their vote-by-mail ballot.

Using this kind of targeted digital campaign – combined with door-to-door and phone calls from Phil’s campaign team – we saw great success: Phil went from no-name recognition to nearly making it despite everyone predicting we would finish last in the 17-person race. He lost by about 7,000 votes.

He was a totally unknown candidate for Congress…that upset the political establishment and would have won with an extra $50,000–$100,000 and three more weeks.

Of course, these same strategies apply to an effective marketing campaign – prospects receive a powerful message that speaks to their values and desires, and are given an opportunity to respond…again and again.

If you’d like to talk about running a powerful marketing (or political) campaign, let’s talk. Give me a call at (310) 212-5727 or email Caleb at caleb@cdmginc.com.

The Magalog: The Out-of-the-Box Marketing Tool to Dominate Your Market [Video]

If You Missed FreedomFest…