Trump Marketing: How He Used Direct Response to Win the Election

I have been in the advertising and direct marketing business for over 40 years as an owner of an ad agency and winner of 79 awards.
I have clients all over the world, and I have made them very rich with our successful campaigns.
Some of them have even become multi-millionaires.
So, I can tell you based on my expertise how Trump was able to pull of a victory which seemed near impossible.
Here are the final results for Election Day, 2016:

Trump proved the establishment and the pollsters wrong:

Keep in mind the following statistics:

Trump focused on the character of Hillary Clinton, but also won on the issues.
Here are the top four issues which drove voters to the polls for Trump, even if they did not like or trust him:

As for Hillary Clinton, the only advantage she offered was that … she was a woman. Female Democrats voters rejected that argument in large numbers.
Massive email dumps from Wikileaks confirmed that Hillary Clinton was:

The Wikileaks emails also exposed DNC collusion with Hillary Clinton to ensure her nomination over Bernie Sanders. This brazen cheating pushed millions away from Clinton altogether.
Trump’s effective messaging and targeted marketing overcame a fundraising and campaign spending disadvantage against Hillary Clinton, too: 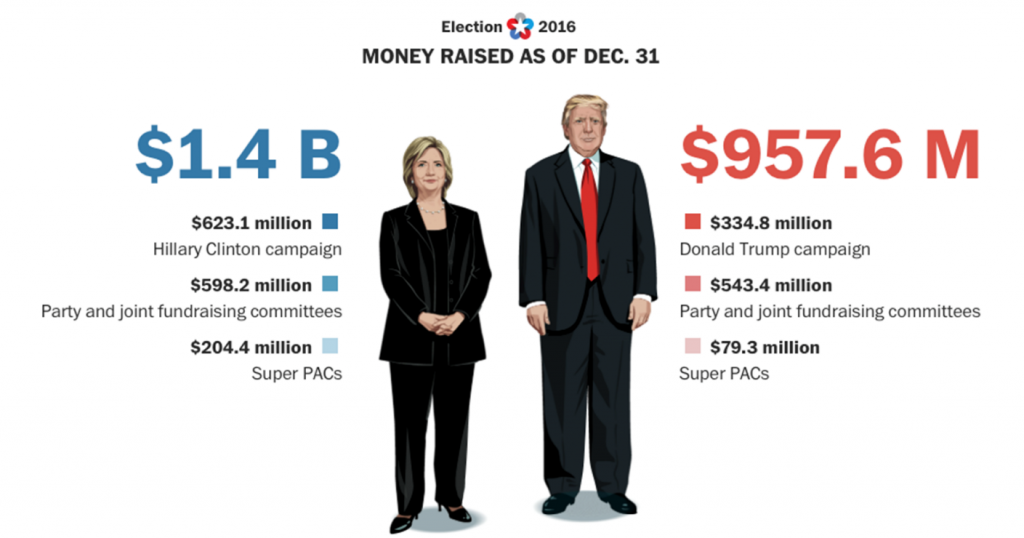 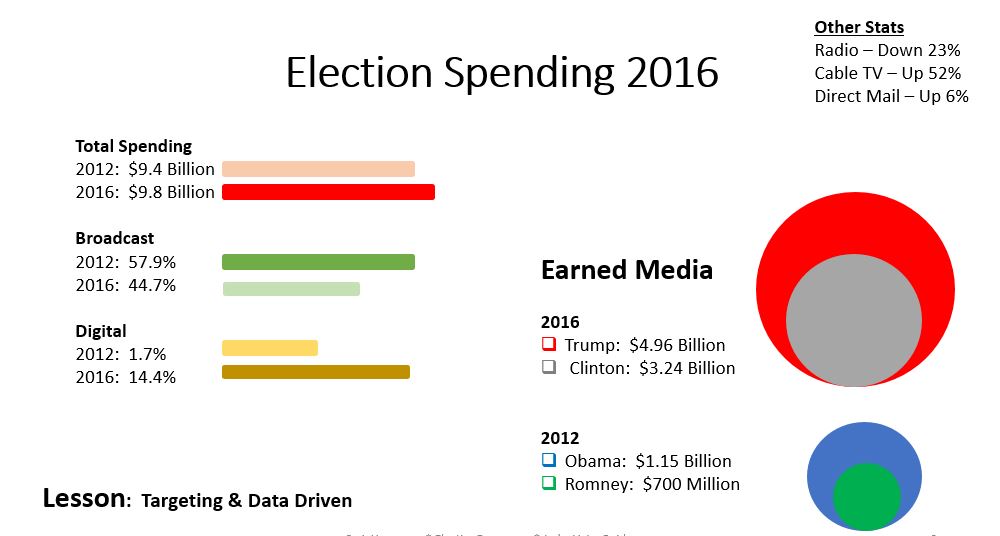 Trump received at least an extra billion dollars’ worth of earned media compared to Hillary Clinton, who barely drew crowds over 100 people.
Notice also that in spite of a slight increase in campaign spending overall, compared to last year:

Trump relied on a more data-driven, direct marketing approach to target voters and get them to the polls.
Conclusion:

What do you think? Email me at craig@cdmginc.com.