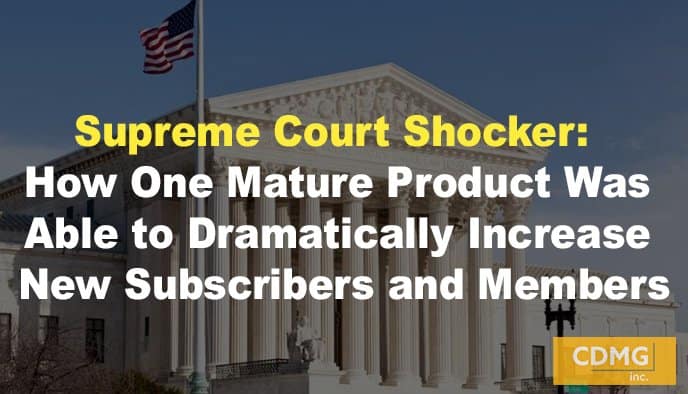 The bizarre 5-4 ruling will also result in higher costs for every online purchase in America.

Here are 6 sad realities you should know:

The ruling overturned a 1992 Supreme Court decision – Quill Corp v. North Dakota – that exempted online retailers and catalogs from having to pay the burdensome and complex maze of taxes on their sales.

This ruling will destroy hundreds of thousands of small online businesses which now face compliance issues with multiple tax entities.

It will be a nightmare…

All online sales will raise money for government at the expense of the consumer.

Not only will online prices rise to cover the taxes companies will be required to collect … prices will rise to cover the business costs of compliance with a myriad of tax rules, exemption rules and tax rates.

There are several big winners from the Supreme Court decision:

President Trump joined most Democrats – and state governors – in supporting the new taxes.

Only Congress can avert the ensuing chaos this irrational and unfair ruling will cause.

The Executive Director of the American Catalog Mailer Association had this to say:

“By ruling against remote sellers and customers all across America, the High Court’s decision means companies who sell only 100 orders a year must not collect sales taxes for every South Dakota order. This is a ridiculously small threshold. A merchant might sell only 100 $20 orders and now be forced to comply with laws well outside its capacity and be subject to horrendous complexity.”

“The Court, for example, breezily disregards the costs that its decision will impose on retailers. Correctly calculating and remitting sales taxes on all ecommerce sales will likely prove baffling for many retailers. Over 10,000 jurisdictions levy sales taxes, each with ‘different tax rates, different rules governing tax-exempt goods and services, different product category definitions, and different standards for determining whether an out-of-state seller has a substantial presence’ in the jurisdiction (Sales Tax Report 3).”

Roberts then cited what he saw as inconsistencies in tax regulations, such as in New Jersey, where “knitters pay sales tax on yarn purchased for art projects, but not on yarn earmarked for sweaters,” and in Texas, where plain deodorant is taxed at 6.25% but there is no tax on deodorant with antiperspirant.

The Court never should have interfered with the market. Congress has the constitutional authority and responsibility to rule tax policy.

Said Chief Justice Roberts: “Any alternation to those rules with the potential to disrupt the development of such a critical segment of the economy should be undertaken by Congress.”

A lot of small companies are about to be exterminated by one bad ruling.

Over 5,000 Subscribers/Members in Less than 6 Months: How One Mature Product Was Able to Dramatically Increase New Subscribers and Members