Net Neutrality: Why Social Media, the Press and Progressive Politicians are Crying 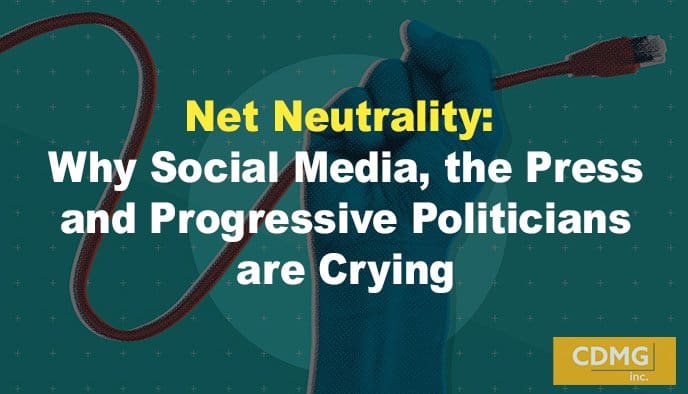 The tech giants like Google, Amazon and Facebook tried to scare America into protecting them from competition…

And the progressives and socialists wanted to control the internet.

They both lost … and the world didn’t end.

Instead, it’s better off.

Net neutrality was implemented in 2015 – during the Obama administration.

It sounded like a good thing … after all, who wouldn’t want the internet to be neutral, right?

But instead, it introduced many new regulations that ended up punishing the small ISPs that didn’t have the time, money or attorneys necessary to wade through the complexity of all the new rules.

Among the unintended consequences which followed:

The FCC’s Restoring Internet Freedom Order went into effect this week … and the internet is still working – working quite well, in fact.

Net neutrality had stripped the Federal Trade Commission (FTC) of its authority over ISPs … but now it has the ability to protect consumers regarding the internet.

“The bottom line is that our regulatory framework will both protect the free and open internet and deliver more digital opportunity to more Americans. It’s worked before and it will work again.”

What do you think? Write me at craig@cdmginc.com.