Consider testing your direct mail package, email, Facebook banner ad or landing page with a picture of your spokesperson.

Controversial? Yes – for many marketers.

But it’s been proven time and time again that one of the little-known ways to increase response with consumers or business-to-business is to have a personality attached to your marketing campaign.

By using a photo of your spokesperson, your customers or prospects will build a trust with your service or product.

Look at this letter I created for Wine of the Month Club: 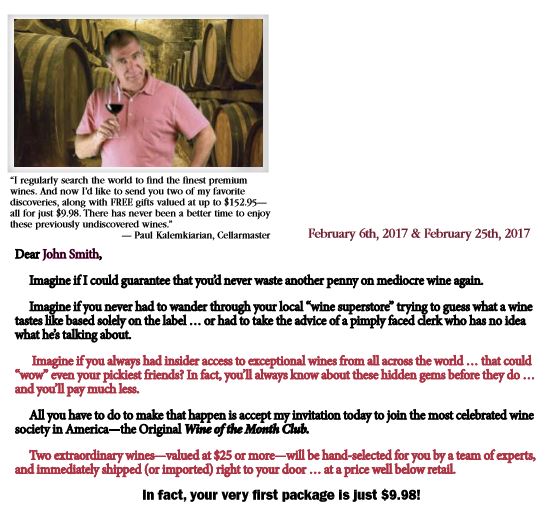 I’ll never forget when Charles Schwab said the best thing he ever did for his marketing/advertising campaigns was to be the spokesperson.

Picking the right spokesperson is key to gaining increased response

Usually the picture is of the president, chairperson, scientist, inventor, developer, publisher or someone of credibility.

Often a president will do better than a celebrity … but not always. Not long ago, I used Kevin Harrington (Shark Tank) as a spokesperson over the president. It was a smart move.

Look at this banner ad I created for an investment newsletter writer, Lee Bellinger of Independent Living: 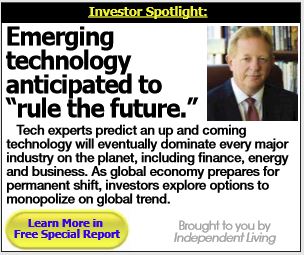 But don’t use just any celebrity. The celebrity needs to match your corporate image and make sense to prospects.

Many times, companies prefer not to use a spokesperson for a variety of corporate, personal and positioning reasons. But they are probably losing response.

I have to admit that over the years, I’ve conducted some tests where the addition of a spokesperson did not do as well as when we didn’t use one.

Honestly, it was not easy trying to explain this to my client. But even still, most tests have shown that the response is significantly higher when using a spokesperson.

So make sure you do it right…

I have created dozens of successful campaigns where we have used a spokesperson to represent the product or service. If you are interested in having me create a test using a personality, contact me at craig@cdmginc.com or call me at 310-212-5727.