4 Strategies for an Award-Winning Campaign: “Save the Christians from Genocide” Generates a Powerful Response and Transforms Politics 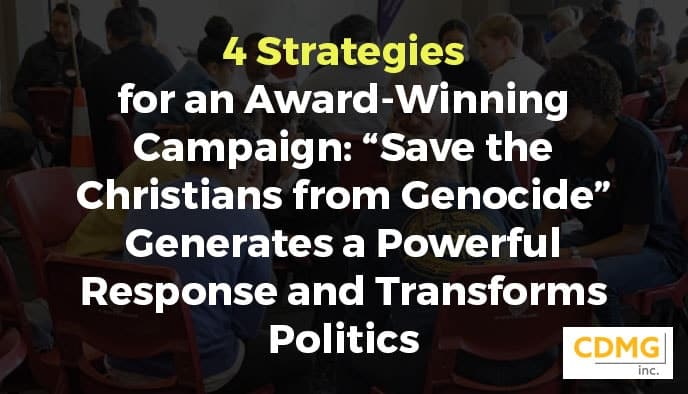 Christians were being massacred in the Middle East.

They were being killed for their faith, kicked out of their villages and brutally attacked.

So, I was asked by Congressman Dana Rohrbacher to help him with efforts that would help save the Christians from genocide, and give them admittance into the United States.

How did I do it? Multichannel, integrated marketing.

Here’s how we did it on a small budget that got big budget results.

First, my team at CDMG created powerful Facebook ads to reach a targeted audience of people who would be concerned about the genocide happening in the Middle East – specifically Christians. 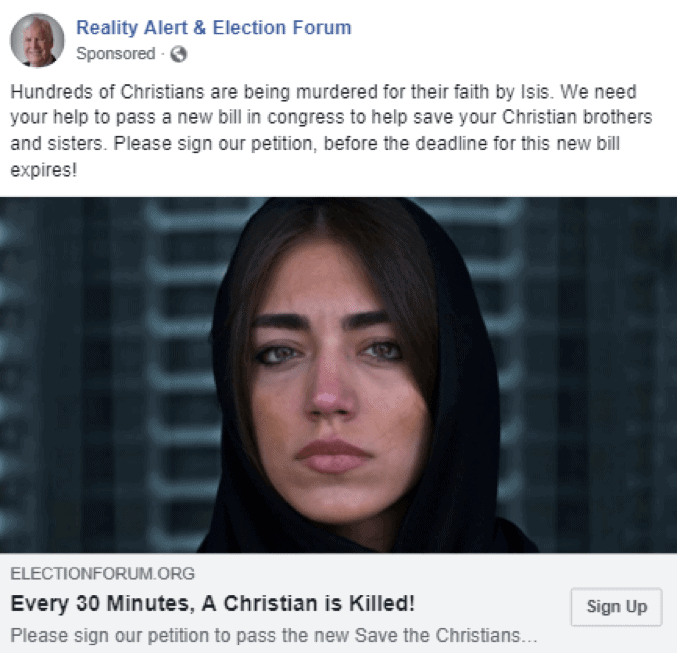 The Facebook ads drove leads to a targeted landing page….

Then, I created a targeted landing page with powerful, emotion-invoking copy. 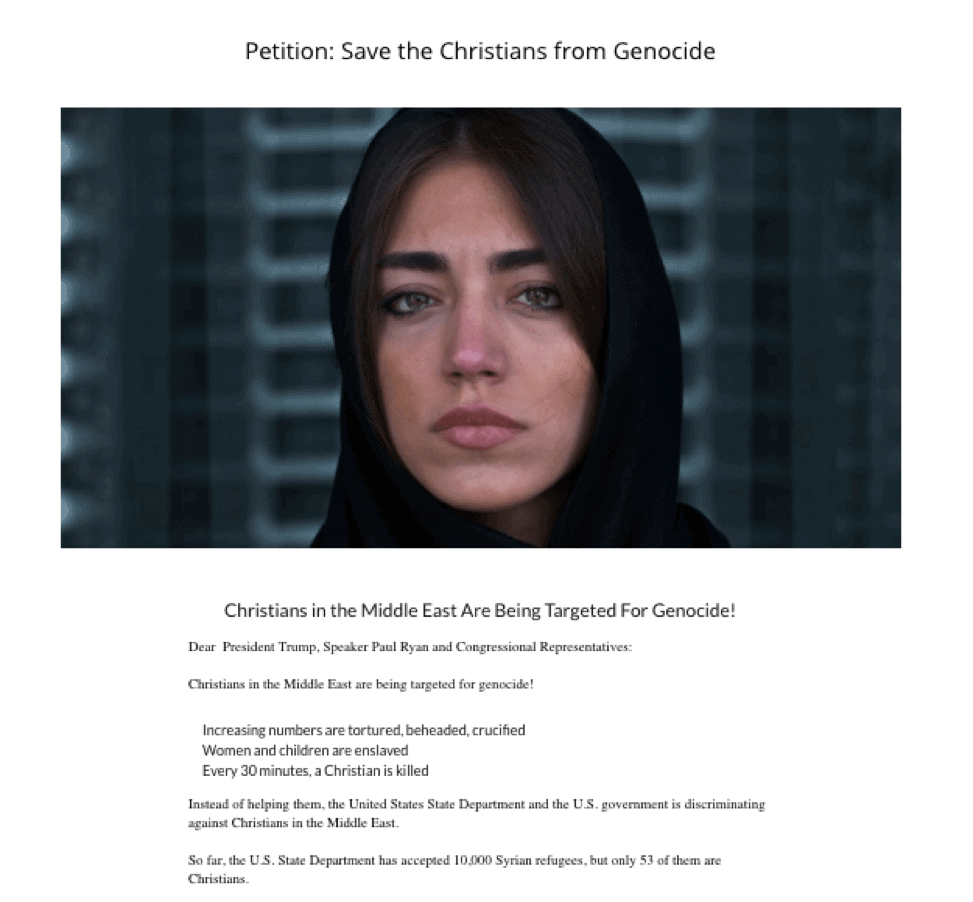 The landing page included a single call-to-action: sign the petition below.

The landing page included a petition where visitors had the opportunity to sign up and make an impact. Over 100,000 people signed the petition on a shoestring budget. This petition was the basis of activity, activating protection of Christians: 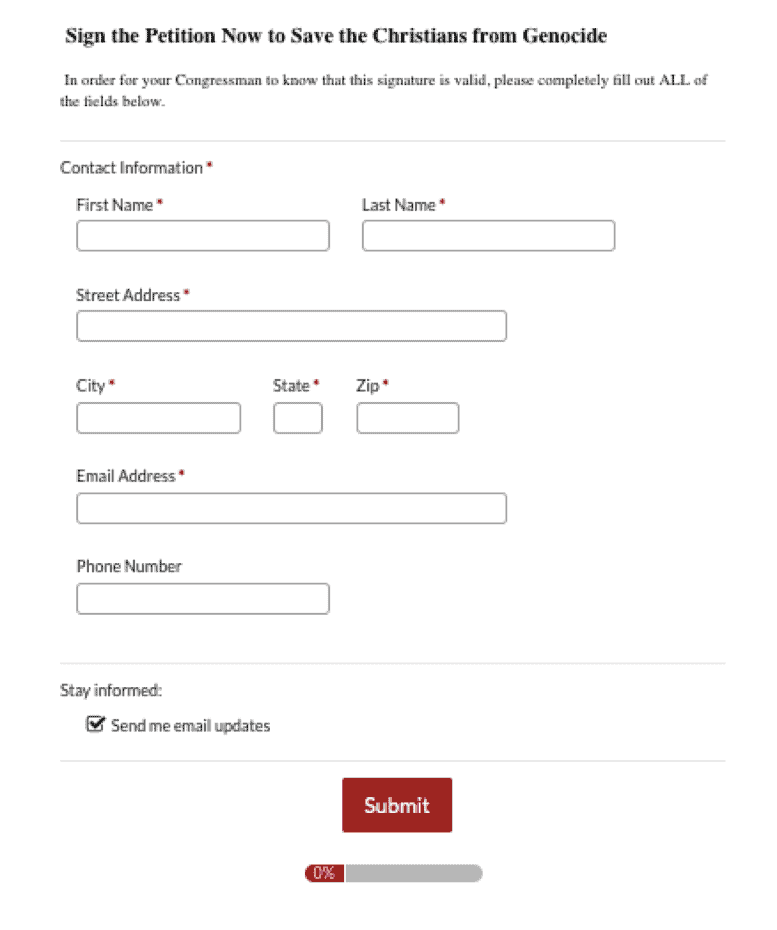 Using names we collected from the petition, we then sent a focused email series that asked signers to continue helping spread the word and raise awareness through giving donations.

“Save the Christians from Genocide” was a powerful campaign. It got an incredible response – 100,000 petition signers, totally self-supported by donations.

If you’re interested in creating a powerful campaign for your business, let’s talk. Give me a call at (310)212-5727 or email Caleb at caleb@cdmginc.com.

Copy Tip of the Week: Know Your Audience