Why TV, Radio, and Digital Marketing Media Prices Are About to Shoot to the Moon … Why Direct Mail Response Rates Will Take a Hit … And What You Can Do About It 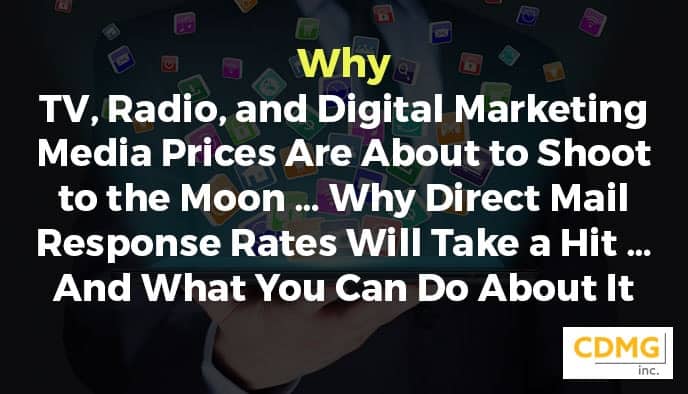 Every marketer will be impacted by this year’s presidential election, whether you want to be or not.

Whether you’re actually involved in political direct marketing or not, you need to be aware of these facts.

If you’re using direct mail in any of the states when they’re hosting a primary … expect your response rates to be lower because of the intense political direct mail campaigns.

And if you’re using any digital media, prices are increasing dramatically in a space that is becoming overcrowded quickly.

Here’s how much money political marketers have to spend over the next several months: