2018 Super Bowl Ad Lineup: 10 Things To Know About What Made Viewers Laugh, Cry and Take Action

About 103.4 million people watched Super Bowl 52….significantly fewer than last year’s 111.3 million viewers.
The drop in viewership may have been a result of political reasons (2017’s controversy over taking a knee).
The Super Bowl is still the most watched television event in America—and one of the most talked-about.
In fact, on Sunday, there were 5.3 million mentions of the Super Bowl on Facebook, Twitter and Instagram, including 1.4 million mentions of the Philadelphia Eagles and 804.7K mentions of the New England Patriots.
The Super Bowl is a prime opportunity for advertisers to boost sales.
Many – such as myself – are more attentive to the ads than the game itself.
The majority of ads did not use their advertising opportunity effectively—but there were a couple standouts.
Here are 10 things to know about the Super Bowl’s commercial lineup, plus the winners and losers of this incredibly valuable advertising opportunity.
NOTE: if ads or videos don’t play, try hitting refresh.

1. None of the commercials justified the cost.

Advertisers paid more than $5 million for a 30-second spot.
Was it worth it the cost?
If you judge a commercial by the ROI, none of the commercials could be justified.
No database of respondents. No direct sales.
It was for the most part image advertising—hoping that prospects might like the brand … but without any proof that it worked or was worthwhile.

2. The commercials failed to have a strong call to action (CTA).

An accountable commercial will promote and clearly display an 800 number, URL, test, or other way of allowing a response.
But out of 107 ads, very few gave a call-to-action—and only one gave an 800 number.
Out of all ads:

Pitiful! At the very best, most ads gave quick information about how to visit their website…but that still made up less than 25% of all commercials.
These advertisers missed a valuable opportunity to promote and boost sales.
However, there were a couple ads that stood out as winners…

3. Wix and Metromile were the standout marketing winners.

The ad that used their slot the best was Wix, the website creator. They used two spokesmen, highlighted benefits, and gave a powerful CTA with a URL.

Metromile also used their space efficiently. They highlighted their Unique Selling Proposition to viewers and gave a strong CTA with a URL.

4. Tide’s “running gag” series was the most clever.

Clothing detergent brand Tide ran a series of commercials that posed the possibility of every Super Bowl ad being a secret advertisement for Tide—since every ad shows someone in clean clothes.
The ad series created a lot of social buzz as well: there were 163.8K mentions of Tide on social media during the Super Bowl.
The ad doesn’t give a CTA, which was a marketing failure on Tide’s part. But it was entertaining, funny, and memorable.

Fast food empire Jack in the Box must have paid millions to feature celebrity Marth Stewart in their ad, which highlighted a showdown between “Jack” and Martha. The commercial bleeped out a very obvious cuss word in order to shock and surprise…devaluing their branding and offending some. A real letdown.

6. Many of the ads this year mixed business with charity.

Many of the ads shown during Super Bowl mixed business with charity, selling the idea of their brand as caring and philanthropic.
Here’s one for Stella Artois beer, featuring Matt Damon. Stella Artois has started a cause for providing clean water to one million people for five years. The CTA is not to drink Stella Artois beer—it’s to buy a glass chalice that claims to provide “5 years clean water” to one person.
Stella Artois’ ad was successful in that it used a spokesperson, statistics and a fairly clear CTA to compel the viewer to action.

7. Amazon’s “Alexa lost her voice” ad is the most talked-about.

Amazon’s ad for the “digital assistant” product Alexa has been one of the most talked-about commercials—before and after the Super Bowl.
The ad follows the clever storyline of Alexa “losing her voice”—and what happens when celebrities stand in to answer requests.

The ad was funny, but it’s unclear if it will boost sales enough to justify the cost.

Maybe the most successful marketing effort shown during the Super Bowl were the multiple shots of Justin Timberlake’s Nikes during the halftime show.
Timberlake wore a special edition pair of Jordans—and posted about them on social media right before his performance. After the show, Nike sent a push notification telling users of their SNKRS app how to purchase the sneakers. They sold out in minutes—at $200 a pair.

Nike’s brilliant use of the opportunity at the halftime show with mega celebrity Justin Timberlake was a great tactic to boost sales and create hype around their brand.

The most widely used marketing tool in this year’s lineup of ads was a URL—where many of last year’s commercials used a hashtag and promoted more social media engagement.
Unfortunately, most URL’s were not up long enough to have impact.
This trend marked a positive shift. A URL is a more effective way of driving response and engagement—after all, the goal of marketing is to drive prospects directly to a landing page to respond to an offer or make a purchase.

The NFL refused to run an ad for a Veterans Group using the hashtag #PleaseStand, in a deliberate effort to avoid being too political. Unfortunately, the damage has been done—many Americans boycotted the Super Bowl this year over the kneeling controversy of 2017.
If the Super Bowl had run the ad, they may have won some viewers back. Here’s a print version of the proposed ad: 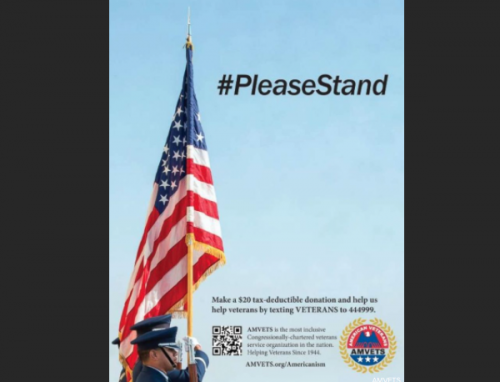 Takeaways?
This year’s commercial lineup was less controversial than last year’s politically-charged ads—with the exception of the ad for Ram, which used a Martin Luther King speech as a voiceover (watch here). The ad – which mixed social activism with truck sales – did create a lot of buzz—it was negatively mentioned in 11,500 posts on social media.
Overall, the ad lineup showed a shift in what people want to be shown (comedy, charitable giving), and a decreased interest in last year’s flood of #hashtags.
In the end, most advertisers missed their opportunity to call viewers to action and increase their prospect base and sales.
But that doesn’t have to be.
For over 30 years, my company CDMG has created successful and powerful direct response videos, 30/60/120 second commercials and Infomercials. In fact, over 300!
Here are some samples. Click here.
Want to talk about TV/video? Call me at (310)212-5727, or email Caleb at caleb@cdmginc.com.