The Super Bowl is usually known for its high-priced and hyped-up commercial ad lineup, but this year the best-used advertising space came at half-time.
The half-time show featured megastar Justin Timberlake, who sang and danced an elaborate number in a pair of limited edition Air Jordans—Nike sneakers that sold out for $200 a pair just minutes after the show.
The celebrity collaboration-turned-marketing opportunity was a success. So, how did they do it?
Here are 6 strategies that Nike used at the Super Bowl to promote the sneaker, create immediate engagement, and see a massive spike in sales:

By outfitting one of the music industry’s biggest stars in a pair of their sneakers, Nike created instant credibility and hype around the Air Jordan III “JTH.” 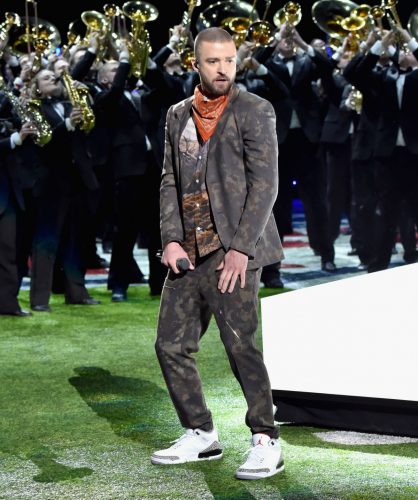 Timberlake in his Jordan III’s at halftime. 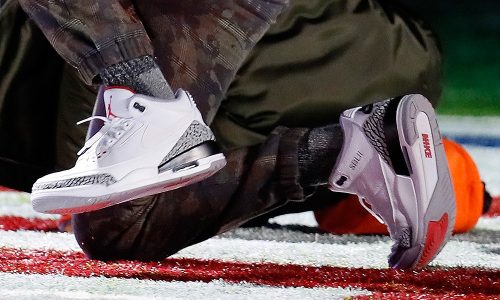 A close-up shot of Timberlake’s Nikes.

Nike’s promotion followed the marketing principle of AIDA to instantly convert prospects into leads and leads into customers.
First, the flashy white sneaker worn by Timberlake caught the Attention of viewers.
Second, the fact that Timberlake was wearing the sneaker created Interest. Viewers who have a special interest in sneakers and who use Nike’s SNKRS app – Nike’s ideal audience – would have noticed the new sneaker, which hadn’t been released yet on the market. They might have already read about the design of the shoe, which was posted a couple days prior to halftime and cross-linked on the SNKRS app.
Third, as leads were shown strategic shots of the shoes again and again, their Desire to buy the shoe was peaked.
Fourth, leads became customers when Nike sent strategic push notifications to their phones marketing the shoe…and they quickly took Action to make a purchase.

3. Strategic use of social media.

Pre-show, Timberlake posted a photo of himself wearing the limited edition Jordans on Instagram, in a shot meant to highlight the new shoe. Followers of Timberlake on social media would have immediately seen the photo, helping to create buzz and curiosity.

Immediately after Timberlake’s performance, Nike sent a push notification to users of the SNKRS app. The notification – which popped up on the phones of tens of thousands of ideal prospects across the country – sent users to a special landing page to purchase the shoe.

Nike created exclusivity – and generated higher response – by marketing the shoe as limited edition. The shoe sold out in a number of minutes.
Air Jordan III’s now sell online for well over their original selling point…some for as much as $1,000 a pair.

Users who visited Nike’s special landing page were led through an easy purchase process: credit card, shipping, and shoe size information was pre-populated, so all it took was a couple clicks to make a purchase.
By facilitating this purchase process, Nike avoided the common issue of shopping cart abandonment.
Prospects were taken to an easy landing page, where they could click “buy now” to immediately make a purchase. 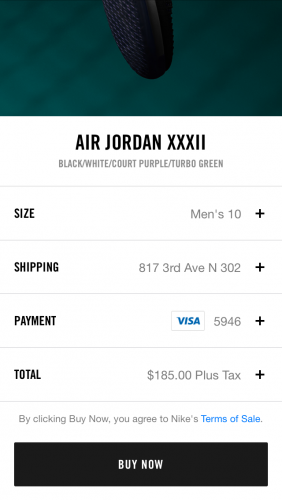 The Timberlake-Nike collaboration used strategic timing, a prime advertising opportunity and effective mobile marketing to engage their customer base…and create immediate desire and demand.
The collaboration also improved Nike’s reputation and increased their credibility.
Overall, the halftime show marketing push was valued to be worth $2.86 million.
It was a win for Nike…and provided a template for great marketing strategies for all businesses and brands.
If you would like to discuss your marketing strategy, give me a call at (310)212-5727 or email Caleb at caleb@cdmginc.com.