33% Response Rate: How You Could Duplicate It With This Unique Integrated Multichannel Campaign [VIDEO] 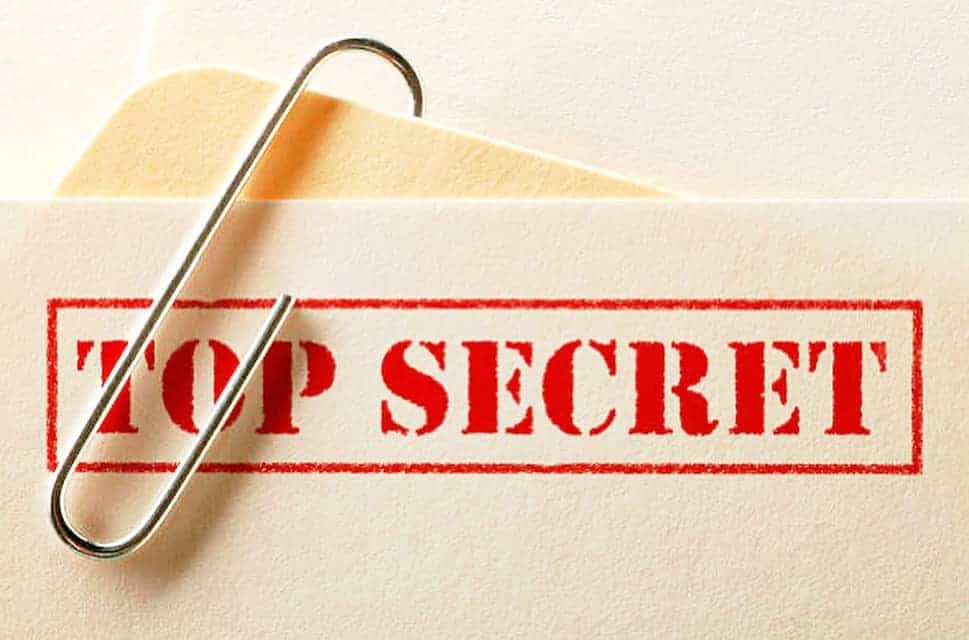 33% is an awesome response rate.

It’s not – if you use this one little-known strategy that breaks through the clutter and grabs your prospects attention.

That’s how many messages your prospect is exposed to daily.

Prospects may be a year older… they may be a little wiser… but they are definitely more jaded toward all advertising and marketing efforts.

The time we have to grab their attention before they overlook, dismiss or trash our message is shorter than it has ever been.

Their level of skepticism is at the highest it has ever been.

But it’s not mission impossible.

With some foresight… heaps of creativity… and strategic direct response insights, you’ll knock your marketing efforts out of the park.

Let me give you an example: DraganFly – they got a 33% overall response rate.

They had a small target audience and a high margin offer that justified what we call a 3D mailing.

A 3D mailer is a box with a unique item inside that has the “wow” effect.

Your prospect must open a FedEx piece. But instead of a sales letter or brochure, it’s an item that creates curiosity, suspense and interest.

We have used puzzles, shredded money, a treasure box, and more.

In this case, the target audience was a select group of investment newsletter writers who influence over 2 million paid subscribers to their newsletter – the most active investors in America today.

The goal: To have them accept an expense paid trip to a special event we created just for them in Las Vegas.

We mailed them a FedEx box. Inside the box was a drone for their personal use… and a request to join “mission possible”.

Everything in the box screamed “espionage”, “mission impossible”, “007”.

Here is what they saw when they opened the FedEx package: 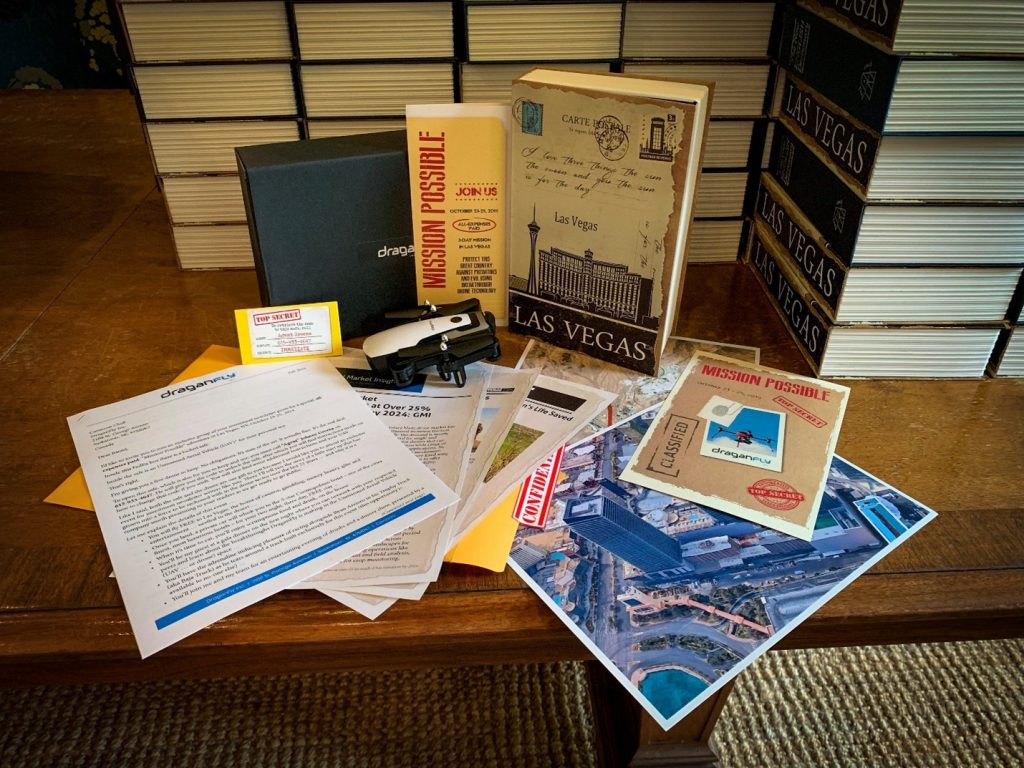 There was a top-secret invitation explaining why they were receiving this package, satellite images of the precise location, a detailed agenda of how long the get together would last, specifics regarding what exactly they’d be doing, a drone, and what appeared to be a book.

Only, the book wasn’t a book – it was a hidden safe in disguise… that was locked!

This combination of intrigue, mystery, uniqueness and the feeling of teamwork between the company and the newsletter writers that we generated helped us break down the wall and reach a group of people otherwise impossible to reach.

The invitation acceptance of our offer was off the charts, which is even more impressive because we were asking a super skeptical group of people to give up three days of their time and busy schedules to travel to another city to meet with a company to learn about their technology – a copy they’d never heard of before.

As our 3D invitation demonstrated, mission impossible was actually mission possible when done the right way.

Let me go into greater detail for you.

This 3D campaign specifically was more than just a physical, FedEx invitation. It was a multi-channel, integrated marketing campaign that included emails.

Besides the significant response rate of 33% to the invitations, the open rates for the emails were record breaking as well. The average open rate of the 5 emails sent was 36.68%.

And both the investment newsletter writers who came to the Las Vegas event and those who didn’t – learned about the company to tell their paid subscriber.

Like bookalogs, newsalogs, magalogs, and videologs … 3D direct mail packages are irresistible. There is an intrinsic value in receiving a FedEx package and the appeal is so strong that no one can simply toss the package in the trash before opening it.

You are guaranteed to break through the gatekeepers and into the hands of your prospects.

So, it should come as no surprise that 3D promotions have the highest open rates of all direct mail and best of all, they are the most powerful way to successfully market to small, niche, skeptical audiences.

If you want to drive up big response and turn up huge profits, give us a call at 615-933-4647 or email craig@cdmginc.com